Tay’s brand new video for “End Game” has officially arrived, and to be honest, it’s pretty much impossible to pick up on all of the hidden clues the first time you watch. But, let’s be real, people… isn’t hunting for the hidden messages in her videos, like, all of the fun? We think so, so let’s dive into what we’ve uncovered so far… shall we?

As all Swifties already know, Taylor’s lucky number is 13, and there are a BUNCH of references to that number throughout the video. The first time we see the number is when Tay is driving through Miami in a convertible with Future. In one frame, we’re able to see that the license plate number on the car is none other than 13!

We see that lucky number again later on in the video for a split second when the camera zooms in on a stereo that’s set to the channel 13, and what’s in front of it? Oh, just a few drinks with straws that look an awful lot like snakes. What a SAVAGE!

The video is loaded with snake references, though, including snake earrings, Tay riding a motorcycle through Tokyo wearing a snake skin bodysuit, and, my personal favorite, Taylor sitting on the top of the bar playing a snake video game called End Game at level 1-3.

We told you she was good at this whole hidden messages thing!

And speaking of subtle hidden details, we know Taylor’s famous friends Future and Ed Sheeran were featured in the video (and rightfully so since they DO have features in the song), Tay also included a very important reference to two very important members of her family… HER CATS!

And, okay, so we all know by now that the old Taylor Swift isn’t here anymore, because, well, she’s dead, but just like in the Look What You Made Me Do music video, she does make a few references to the old Taylor that we all know and love. While partying with Ed in Tokyo, Taylor takes off his glasses and wears them herself, and they’re eerily similar to the ones she wore in the You Belong with Me, We Are Never Ever Getting Back Together, and 22 music videos.

Towards the end of the video when she makes it to London, she’s seen hanging out with friends once again, this time wearing a top hat and a cane, which has been reminding fans A LOT of the final outfit she wore on the Red Tour! See? Some things never change!


Hmm… but with all of these hidden messages, where are the ones about her current bae of all baes, Joe Alwyn? Well, don’t worry, you guys, because she definitely didn’t forget!
At one point in the video she managed to slip an outfit in there that has a big letter A on it, which has gotta stand for Alwyn… right? Also, the whole video is kinda about him anyways, since she starts off partying it up in Miami and Tokyo with friends, and ends in London, where she finally finds her “End Game” Awww!

So what do you guys think of the “End Game” music video? Are you freaking out over these hidden messages as much as we are? Let us know in the comments section below, and as always, don’t forget to subscribe! Thanks for watching Clevver News, I’m your host Emile Ennis Jr. and I’ll see you next time!


For More Clevver Visit:
There are 2 types of people: those who follow us on Facebook and those who are missing out http://facebook.com/clevver


Add us to your circles on Google+: http://google.com/+ClevverNews
Tweet Me: http://www.twitter.com/Emileennisjr
This is a sponsored video 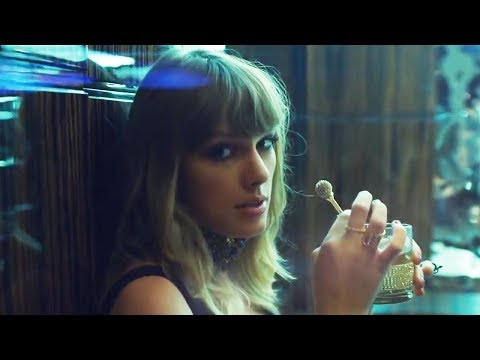